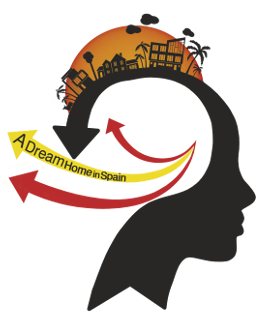 We are currently developing our network  of Associate Agents and Professionals to extend our full service in this region. The Alliance of Associate Agents are carefully selected for suitability and this takes time.
If you do have a particular interest in relocating or investing in this region please no not hesitate to get in touch with A Dream Home in Spain and we will do our very best to link you up with the right professionals in the area.
Thank you for your patience!

About Formentera:
Formentera is the smallest of Spain’s Balearic islands in the Mediterranean Sea. It’s known for its clear waters and long stretches of beach backed by dunes and pine trees. A popular day-trip destination in the summertime, it’s reachable by ferry from its more crowded, better-known island neighbour, Ibiza. Pastimes include snorkelling and sailing, with equipment rentals and boat charters available.
With a population of just over 7000 and no airport, Formentera is usually quieter than its neighbor Ibiza. However, in the peak season of July-August, it draws huge numbers of tourists. The overwhelming majority are Italian and the Italian language is heard more often than any other. Some are independent travellers, but many come on package holidays. In peak season, advance booking for hotels is absolutely essential. The hotels on the island are mostly small and independently owned. The majority are in the one- and two-star categories. There are also many small apartment developments. There are no high rise buildings on Formentera. Camping is forbidden on the island.The island is flat and sandy with magnificent, unspoilt beaches. There are a few places where the land rises to present spectacular cliffs to the sea. It is perfect for cycling, walking, snorkelling and sailing. However, it has very few cultural or historical attractions such as museums, castles, churches or art galleries. Its cultural attractions include some megalithic sites, a roman road, some watch-towers (18th century), the 18th century chapel of Sant Francesc Xavier and a small Ethnological museum.
Some of the islanders make their living from small-scale traditional fishing. In parts of the island, the soil is good enough to support vines and fruit trees. Several parts of the island are covered in Mediterranean pine trees. Salt marshes (now abandoned) are defining features of parts of the island. However, tourism is the biggest sector of the local economy.
Outside the peak season when the tourists are high spenders, Formentera has an atmosphere of simplicity and back-to-nature that is the heritage of its past hippie phase. More and more, parts of the island are actively managed as a national park with, for example, boardwalks through the sand dunes to enable them to regenerate their vegetation. In addition, areas of the surrounding seas are designated as zones of particular scientific interest in which certain plant and fish species are protected.
The public authorities pursue a policy of responsible, sustainable tourism. It is questionable whether the saturation of tourists in the peak weeks of July and August is compatible with such a policy although, in reality, the revenues from this period are very important for the local economy.
Whilst the island itself doesn’t possess an International Airport, perhaps contributing to the quiet of the island, travel to the airport at nearby Ibiza is a simple affair. Whilst some visitors, particularly celebrities holidaying in Ibiza, choose instead to sail their way over on yachts, ferry services are both available and abundant. The fast ferry carries out the journey in a mere thirty minutes, with new services now connecting ferry services to the mainland.
Car hire services are also offered at the ports. Though a road system exists, much of the island is traversed via worn dirt paths that, whilst serviceable, are felt to be best travelled via scooter. The island itself is near totally flat, making travel via scooter or simply on a bicycle, a simple affair. You might also opt for none of the above, instead using only your feet to go to and fro. The island’s small size, numerous hiking and cycling paths, and, most importantly, gorgeous countryside, makes simply walking the best of all options.
Ca na Costa - Formentera
History and Archaeology
The most spectacular megalithic burial tomb in the Balearic Islands is to be found on the little island of Formentera. It is the monument of Ca na Costa, with a large stone dolmen whose pieces are arranged in amazing geometry 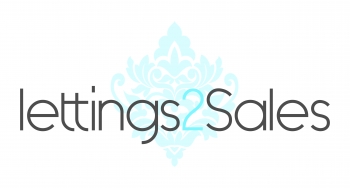 Message From A Dream Home In Spain